April Members of the Month – CrossFit and Fearless

April Members of the Month 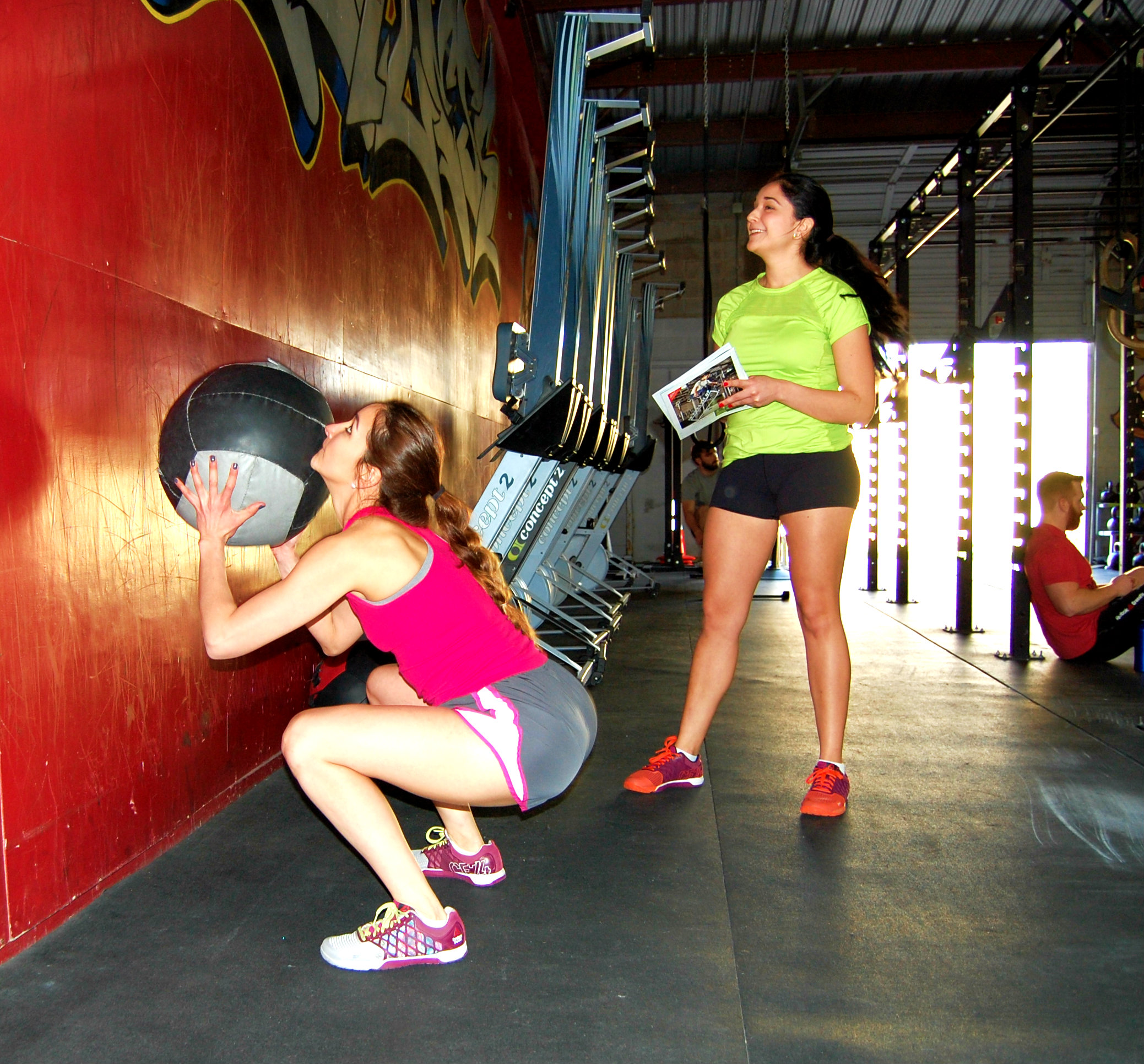 How long have you been CrossFitting?

Melissa and Luisa have been CrossFitting for eight months now, ever since joining CrossFit and Fearless last year. The pair’s first WOD was a Saturday Community WOD — Melissa invited Luisa and they were both hooked! They had so much fun that they invited Alex Gonzales to join as well, and all three became regular CrossFitters that same week. For both Luisa and Melissa, it was the challenge of the workouts and various movements that made them come back, even though at first “it seemed like it was only for strong people.” Turns out, CrossFit was for them too, and now they are those same strong people!

What are the biggest changes you’ve seen since becoming a CrossFitter?Luisa says the biggest changes she’s seen are the feeling of accomplishment after the workout and the difference in her body and muscles. She can lift heavy things at work that she never could before, and has been getting comments on how cut her arms look — you go girl! Melissa told us that something that makes her feel great about herself, not only on the outside and appearance-wise, but on the inside as well. That sense of accomplishment is so important! Every time she adds some weight to a lift or masters a new skills like double-unders (which just happened two weeks ago), she feels great!
What is your favorite lift? Favorite WOD?
Melissa’s favorite lift is the over head squat, because they are challenging. Luisa’s favorite lift by far is the deadlift. They sent us a funny story from when they were just starting out: the coach told them that the WOD included deadlifts that day, but Luisa wasn’t quite sure what that was. So she went to Melissa with her question, and she answers “I think deadlift means 0 weight, sounds pretty much like the weight is dead therefore it doesn’t count.” Good thing they checked back with Coach, or they would have been trying to do some very interesting deadlifts!
Favorite part of CrossFit in general?
Melissa’s favorite part of CrossFit is how she feels after a hard workout; tired, but at the same time, there’s that thought of YES! I MADE IT THROUGH!
Luisa’s favorite part of CrossFit is the constant motivation members receive from one another and from the coaches. It makes her feel like there are folks who care about her development, and also motivates her to encourage others.
What makes you come back every day?
For both ladies, it is the awesome community that makes them come back every day and makes them want to tell everyone about CrossFit and Fearless.
Melissa says that the people, the coaches, just the environment at the gym in general, makes it special to her. The fact that she gets to come every day with her childhood friend makes it even better!
Share Post: